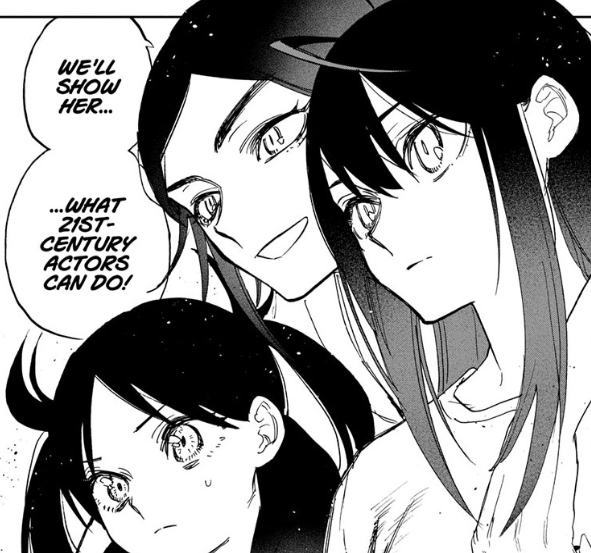 Like most fans, I’ve spent the majority of this weekend in shock and disbelief. As a fan, the news that Act-Age author Tatsuya Matsuki was arrested for sexually harrassing multiple middle school girls feels like an abject betrayal of my love and support of the series. It seems unlikely that I will ever be able to engage in a meaningful way with the story or the characters ever again. And as a professional, the series is so tightly intertwined with my identity as a writer that it feels like I will have to reconsider everything I have done up until this point.

I started reading Act-Age on the day that it debuted. It was the first time I had ever engaged in a meaningful way with a new addition to the Weekly Shonen Jump line-up. It was the first time that I discovered something for myself. Living in Japan, it was like I had discovered some sort of hidden treasure that I could share with the world. And, naturally, I wrote about it.

To say that Act-Age was what got me into Weekly Shonen Jump would not be an overstatement. It opened my eyes to the fact that so much English-language coverage of the manga industry was lacking, and I was determined to do something about it. Of course, that was mainly due to the lack of availability at the time, but the series still set me on my path.

To have Act-Age tainted in this way feels like an attack on my very soul.

My thoughts, of course, go out to all of the people directly involved. The girls that Matsuki harrased will carry that memory with them for the rest of their lives, possibly affecting their future relationships. Matsuki’s family and friends are also probably hurting, too. And Shiro Usazaki – poor Shiro Usazaki – to have her debut series, for which she came to Tokyo from Kansai, ruined in this way must be a fair source of grief. I can only hope that Shueisha’s statement, where they say that they will support her the best they can in her future endeavors, turns out not to be hollow.

Weekly Shonen Jump does not have the best track record when it comes to dealing with pedophiles and sexual offenders. Rurouni Kenshin author Nobuhiro Watsuki was let off with a slap on the wrist when police raided his apartment and found $200,000 worth of child pornography. Toriko author Mitsutoshi Shimabukuro was allowed to return some years later after Seikimatsu Leader Den Takeshi! was cancelled due to being implicated in child prostitution.

These problems have always existed, lurking in the back of the minds of every single Weekly Shonen Jump fan. Act-Age is just the latest example in a series of incidents that no doubt stems from the highly masculine, highly insular nature of the Shonen Jump editorial team. That, and money. It always comes back to money.

When I heard that Tatsuki Matsuya was arrested for harassing a girl in their teens, my first thought was “Why? What’s the point?” Why would you risk it all just to indulge in stupid fantasies, knowing that you will most likely be caught? That is honestly my first sentiment whenever something like this comes to light, along with grief for the victims and their families. To do something like this suggests a severe misunderestimation of the amount of responsibility that you bear; immaturity or mental illness. While Matsuki serves his time in prison, I hope that he reflects well on this.

Everyone is hurting now. Matsuya’s actions affect everyone, not least of which the fans. Whether or not things will ever be the same again remains to be seen.

Otaku journalist and writer. View all posts by aci_J