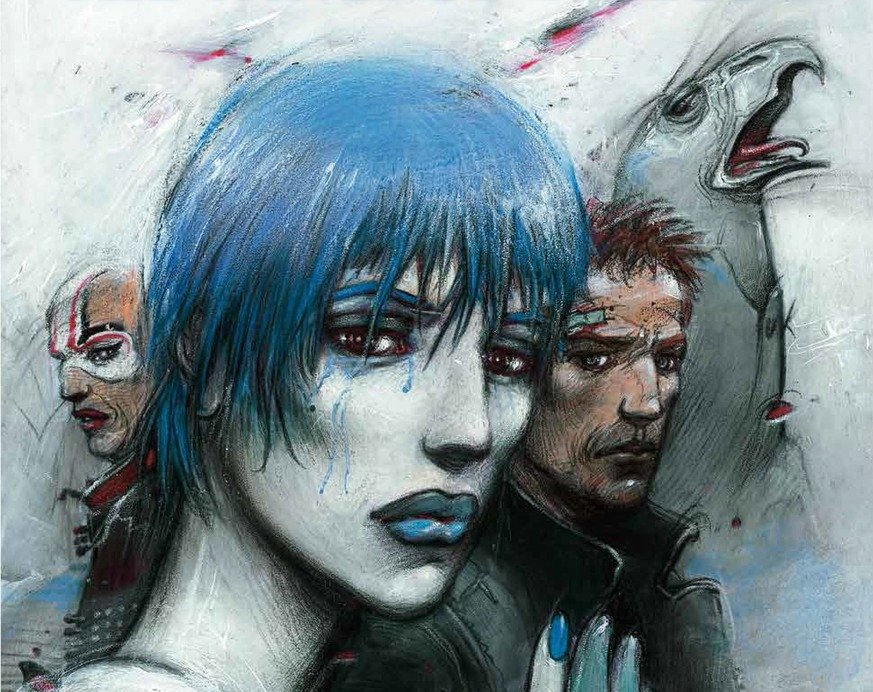 If I was to describe French culture in a single word, then it’d be ‘stuffy.’

At least, that’s based on the very specific type of French culture that I’ve come into contact with over the 10 years (give or take) of French language education I’ve subjected myself to.

You see, what’s deemed ‘appropriate’ or ‘worthy’ for education is often very different from what is actually popular and engaging. Hence why I’ve read plenty of French medieval poetry and surrealist essays about fucking, but don’t exactly have a grasp on what might interest me from the wide, wide array of French culture out there to explore.

That is, until I was introduced to the world of French comics, or ‘bandes desinées,’ in a recent class I took.

Apparently, some of my peers had studied some bandes desinées in their first year, but due to various circumstances, I’m actually a year older than all of them. Seems like I missed out on something really interesting, I discovered, as I read both Manu Larcenet’s ‘Brodeck’s Report (Le Rapport de Brodeck)’ based on the novel of the same name by Philippe Claudel and all three books from Enki Bilal’s ‘Nikopol Trilogy.’

What I discovered in Brodeck’s Report was not exactly new to me. Rather, it reminded me a lot of the darker western comics or graphic novels that I consumed as a teenager with its sombre tone, shadowy artwork and adult theming.

Yet even that fact alone was enough for me to start thinking that bandes dessinées might be the first piece of French culture I might be interested in exploring for my own pleasure, as I understood that comics, even in another language, are just comics, after all.

That being said, what I found in Bilal’s three books that make up the ‘Nikopol Trilogy’ was decisively more interesting. 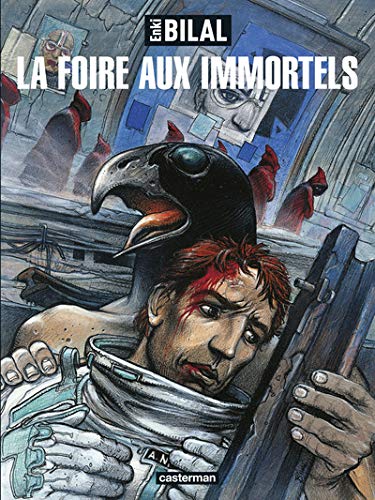 The first book in the series, La Foire aux Immortels (The Immortals’ Fairground), situated me in a future dystopian Paris, which was in itself a different site from the usual cities of New York and London that I often encounter in English-language science fiction.

Yet what set La Foire aux Immortels even more so apart from the other pieces of science fiction media I have consumed was it’s bizarre cast of bickering, seemingly omnipotent yet also incompetent aliens resembling the Egyptian pantheon of gods.

I’m not entirely happy with the notion that the Pyramids might have been built by aliens, as it’s often been employed to downplay the incredible achievement of non-white civilizations, but what made La Foire aux Immortels refreshing was that Bilal doesn’t divulge almost any information or backstory relating to these mysterious gods.

Not only does this avoid the unfortunate subtext, but beautifully reinforces the mad chaos that the ‘Nikopol Trilogy’ itself invokes. In Bilal’s future, the rapid technological advancement of mankind leads to all sorts of chaos, from fascist dictatorships to technocratic refrigerator cities, and a pyramid full of Egyptian gods nonchalantly playing Monopoly.

It’s very possible that, in the future, we might come into contact with aliens, extra-dimensional beings or perhaps something that is both, or none at all. That being said, it’s also very possible that, when that happens, we might be far too bothered about our own troubles to notice their arrival at all. Wouldn’t that just be the most poetically human response of all?

Bilal’s three books are grouped together under the name ‘Nikopol’ after it’s protagonist, Alcide Nikopol, an astronaut from the year 1993 who is woken from cryogenic sleep 20 years later in the year 2023 by a being calling himself Horus. He is then strung along by Horus on his various schemes to get one over his fellow gods – but things rarely go to plan.

This synopsis makes the Nikopol Trilogy seem perhaps more rambunctious than it actually is, especially when considering that the second book in the trilogy, La Femme Piège (The Woman Trap), is decisively more low-key.

This story, which acts primarily as a prologue to the events of the third and final book, Froid Équateur, is told through the perspective of the titular female character of Jill Bioskop. Much like Jill’s own personality, the second book is decisively more downbeat and depressive, playing out like a futuristic, drug-filled noir thriller.

Yet things are back to their normal, chaotic state with Froid Équateur, where Nikopol and Horus are reunited once more for one final escapade. It’s also in this book that we get to see more of Bilal’s fascinating world of the future, further adding to the explorative appeal of the book. 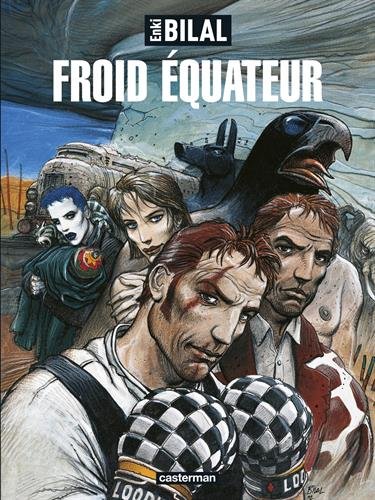 It should not shock anyone to hear that I very much enjoyed Bilal’s Nikopol Trilogy. It, along with Brodeck’s Report, has me very much interested in exploring the world of French bandes dessinées in the future – first on my list is some of bonafide legend Moebius’ works, both for my own pleasure as well as a longer piece on the art of Masashi Kishimoto’s new manga Samurai 8: The Tale of Hachimaru. (Keep an eye on OTAQUEST for that one.)

In general, if French-language education was to accept the world of comics as an ‘acceptable’ piece of French culture (which it obviously is – why wouldn’t it be?), then I’m sure that many other students would be able to find and study something they truly enjoy and are engaged by.

The value of comics as a visual medium makes them a much more accessible form of art for the modern, digital age than books in the first place, most likely.

Yet this change in attitude and practice will take time to put into place. Even now, as evidenced by the bande dessinée work that I missed out on during my first year at university, things are slowly changing.

Nevertheless, I’m sure that there are still many in powerful positions at educational institutions that refuse to accept comics as art, and, unfortunately, we might just have to wait for them to retire (or die) before things can really move forward.